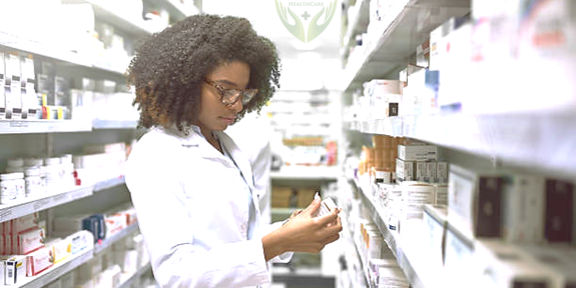 I am a human rights activist and a lawyer fighting for the enforcement of the rights of victims of human rights violation. I have worked with several human rights organizations, aside my private law practice, I run an NGO; Virtuous Women Empowerment International. There has been no issue of greater importance to me than the pursuit of the preservation of the sanity of women and girls.

Sexual violence is a widely underreported phenomenon in Nigeria due to ignorance of the victims, stigmatization resulting to lack of documentation, general acceptance of the act by the society as a normal occurring event and corruption, thus available data tend to underestimate the true scale of the problem. Prevalence data on different forms of violence against women shows the statistic of lifetime physical and/or sexual intimate partner violence: 16 %, physical and/or sexual intimate partner violence in the last 12 months: 11 %, lifetime non-partner sexual violence: 2 %, child marriage: 43%, female genital mutilation/cutting: 25 %[1].

There is however, a drastic increase of this menace, due to the influence of the media via visual graphic depiction of sexual intercourse or nudity and moral decadence in the society. Sexual violence takes multiple forms and contexts in which it occurs. The World Health Organization (WHO) in its 2002 World Report on Violence and Health defined sexual violence as: “any sexual act, attempt to obtain a sexual act, unwanted sexual comments or advances, or acts to traffic, or otherwise directed, against a person’s sexuality using coercion, by any person regardless of their relationship to the victim, in any setting, including but not limited to home and work[2]. Sexual violence is a neglected area in Nigeria and Africa as a whole, it is thus, imperative to promote a coordinated movement against it.

There is saying that it’s a man’s world, for me it’s not just an adage but it in reality it is so practiced; in Law, Jurisprudence is still frequently based on “reasonable man’s standards” that assume male bodies and experiences. A man is far unlikely to be threatened by another man who is of roughly equal size and strength. Women, however, are most likely to be assaulted and killed by an intimate partner, most frequently a man.

In Nigeria, male bodies, experiences and needs are prioritized by the society and many a times women are relegated and not respected. Women and girls are seen as properties and are been violated at Will without any sanction. There is no true respect and value of the sanctity of women and girls even with the increase in education and the claim of civilization, sexual violence unlike other crimes are considered as a pre-existing condition -Women and girls suffer disproportionately from these aspects; one cannot even imagine what they go through, as the situation is so pathetic. Sexual violence in Nigeria occurs to females at any age; it is an act of violence that is be perpetrated by parents, caregivers, acquaintances, employers and strangers, as well as intimate partners.

There is a lot of physical violent, emotional abuse and sexual interaction without consent against the sexual integrity of women and girls, its swings both sides in this modern era, and occurs on a daily basis in Nigeria; female genital mutilation, obligatory inspection for virginity conducted either by the father, husband to be or teachers, forced prostitution and trafficking of people for the purpose of sexual exploitation, sexual intercourse by fathers with their daughters, sexual violation on girls by the opposite sex, teachers, uncles and caregivers, addressing ladies in a sexually improper manner, accosting a woman on the road, hitting a woman on the sensitive parts of her body in the name of saying Hi or wooing a woman, these are rampant in our society, men do it with levity and get away with it. Some have the notion that all women are loose and are sex machines or prostitute while other have the notion that women are babies.

It is not uncommon that people’s general awareness is minimal. In large part, that is a consequence of it not being discussed openly.

Other causes of this evil is very poor parenting as a result of moral righteousness, women and mothers shy aware from teaching their children sex education, mothers threaten their daughters and do not establish close relationship with their daughter to create an environment for them to relate what they are going through sexually. Most mothers see their daughters as competition for their husband’s love and focus sole on themselves without taking time to educate the girl about her sexuality. Training up a child is the responsibility of both parents; father and mother, most fathers neglect their responsibility of training their son(s) to be responsible. In a family where the father doesn’t respect the wife, lords over her, assaults and abuses her sexually, that son takes that mentality into the society in his relation with the female folk and the wife later on. Innocent girls who are morally taught to obey their father and are not properly oriented to know that their fathers are not meant to abuse them sexually.

Lack of institutional support from Police and the Judicial system, general tolerance of sexual violence within the community, weak community sanctions against sexual perpetrators, fear of being stigmatized, insulted and neglected by the society and ignorance of the availability of help are part of the causes.

When women and girls are oppressed sexually, businesses and government agencies are impacted – from employee absences, security costs, prosecution of alleged perpetrators, and increased poverty from a shrunken workforce of female citizens unable to work at their full capacity. It also affects them psychologically, not being able to trust the opposite sex, fear of marriage or relationship, reduces their self confidence (most feel they are worthless or because of social stigma placed on them).

In other to eradicate sexual violence, mothers should properly educate their females about sex, godly morals and observe them properly, churches, mosques should teach girls about incest and sexual relation with direct blood relations, schools should educate girls on this issue and even male teachers should be checked. There should also be an express legislation against sexual violence, in whatever form it may take.

The mentality of the male folks in Nigeria needs to change and to do this the government needs to take a clear stand against this. Perpetrator is this evil should be arrested, prosecuted and use a public example to warn the others. It is so funny that when there a situation of sexual violence and it’s been reported to a police officer, he even sides with the perpetrators or discards the issue, the Nigeria Police force needs to be properly oriented.

Women and girls should no longer condole sexual violence in any form but stand against it. Report should be made by the victims timeously at the police station and to the nearest human rights NGO for prosecution and enforcement of their rights.

Often, violence against women and girls is fostered by negative constructs of masculinity and manhood, which lead men to believe they must hold certain qualities and exhibit behavior which are superior to the women. For example, physical strength and sexual prowess can be used as indicators of whether or not someone is a “real man”.

Most men are not consciously perpetrating acts of violence against women and girls. The main problem is that most men who do not engage in the act remain silent and do not hold other men accountable, much less discourage their language and behavior, thus, for men of all ages, it is critical to facilitate or initiate dialogue amongst themselves about violence against women and girls to change the mind-set and actions of boys and young men toward their female counterparts.

It also requires redefining traditional representations of manhood that run counter to the interest and rights of women and embracing the recognition of the rights of women. Women and girls, too, must be able to share their truths as survivors of targeted violence inflicted upon them because of their gender. Real fears about social stigma and isolation can only be overcome through the broad recognition that violence against women and girls is tragically normalized. By giving the survivors of gender-based violence emotional affirmation and nonjudgmental support, we allow their offenders to operate freely and with impunity.

Success in addressing violence against women and girls must be seen as a long-term, intergenerational endeavor. It’s about transforming cultures and societies which hold beliefs and systems harmful to women and girls, as well as other vulnerable populations.